Judgment Notwithstanding the Verdict Granted In Nuisance Case

So begins the opinion of the Court of Special Appeals that, in its recent decision may have been nostalgic for the past but ultimately determined that the private nuisance standards in Maryland do not serve as tutelary to a fading era for entertainment.

Some history regarding how both Bengies and Royal Farms came to exist in this geographical area is helpful in understanding how this lawsuit came about.  Bengies Drive-In Movie Theatre is a family-owned and operated business that was begun by three brothers in the late 1950’s.  In 2000, D. Edward Vogel, son of one of the original brothers began operating the drive-in.

In 2004, to facilitate an intra-family transfer of ownership, Bengies entered into a Restrictive Covenant with the area community group wherein Bengies agreed to limit future expansions on their property in exchange for the community group foregoing opposition to a zoning reclassification necessary for the property transfer  (from parent to son) to occur.

However, in 2003, prior to Bengies entry into the Restrictive Covenant, the owner of a property across the street from Bengies sought a special exception to the current zoning to construct a service station, carryout restaurant and car wash.  The Zoning Commissioner ultimately granted the petition subject to the submission of a plan for review and approval by Baltimore County that would set forth proposed landscape and lighting of the new business such that the plans had sufficient screening to avoid light pollution to the Bengies environment.

This arrangement appeared sufficient based on the acts of the parties that followed, including entry into the Restrictive Covenant by Bengies, and the official transfer of property from parent to son in December of 2007.  In October of 2008, the lighting plans for the new business werewere approved and subsequently, a Royal Farms service station opened across the street from Bengies in December of 2008.

However, the bliss of being able to purchase crispy, delicious fried chicken prior to driving across the street to catch a flick was short-lived.  In June of 2010, after making complaints to Code Enforcement to no avail, Bengies Drive-In brought a nuisance action against a nearby Royal Farms location whose lighting, Bengies alleged, encroached on Bengie’s property and interfered with movie screenings.

The nuisance claim went to a jury who ultimately awarded Bengies over $800,000.00  for use to construct a fence to block the light.  Upon the request of Royal Farms, the circuit court granted a Motion for Judgment Notwithstanding the Verdict (“JNOV”), and set aside the judgment in favor of Bengies.

JNOV is a rarely granted request.  Essentially it operates as a way for a judge to set aside a determination of the jury where the judge determines that no reasonable jury could have reached such a verdict given the application of the facts, as they were shown at trial, to the law that exists.   Here, the Court, perhaps finding that the jury’s love for the last iconic drive-in in Maryland outweighed their logic and fact-finding ability, granted JNOV and set aside the judgment.  Bengies appealed.

In its consideration of the case, the Court of Special Appeals noted that, while there is no requirement of physical injury from a nuisance, a plaintiff must show that the defendant’s interference with the plaintiff’s property rights is both unreasonable and substantial in order to recover. Blue Ink, Ltd. v. Two Farms, Inc., 96 A.3d 810 (Md. Ct. Spec. App. 2014).  Further, “[t]he nuisance must, in the judgment of reasonable individuals, create a condition that is naturally productive of actual physical discomfort to persons of ordinary sensibilities, tastes, and habits and, in light of the circumstances, is unreasonable and in derogation of the rights of the party. Id. (internal quotation marks and citation omitted).  Thus, a two-step analysis was used to determine whether or not a private nuisance existed in this case, looking first at whether the Defendant’s activity created an unreasonable and substantial interference and second, whether the Plaintiff’s harm was objectively reasonable.

In reviewing the facts that were brought forth at trial, the Court of Special Appeals noted that there was little objective evidence presented regarding the intrusion, or lack thereof, of Royal Farms’ lights upon the drive-in.  The lights were not directed at the drive-in, and there was no testimony that the lights were unreasonable based on location.  While Bengies did establish that the drive-in is uniquely sensitive to the light, the Court noted that a private nuisance action cannot be maintained solely based upon special sensitivities.  See Schuman v. Greenbelt Homes, Inc., 212 Md. App. 451, 456, 69 A.3d 512, 521-22 (2013).  Thus, under the objective test, because there was no evidence to support a conclusion that light from Royal Farms would constitute a nuisance to an ordinary person or entity any more than commonplace light would to an ordinary person, it was correct for the lower court to find that the lights were not unreasonable and substantial, and the granting of JNOV by the lower court was affirmed.

Generally this case provides a succinct restatement of the law of private nuisances and reminds us that, on the whole, in a private nuisance light action, if the light from adjacent land is not strong enough to seriously disturb the sensibilities of a common person then there is no nuisance.

Email ThisBlogThis!Share to TwitterShare to FacebookShare to Pinterest
Labels: Court of Special Appeals, Judgment Notwithstanding the Verdict, Nuisance, Tort

Prior to joining the firm, Mr. Flores was an associate at Bacon, Thornton & Palmer, L.L.P., litigating personal and civil actions throughout Maryland.  He also had clerkships with Freeman & Freeman, P.C., the Department of Justice - Criminal Division/Terrorism and Violent Crimes, and the U.S. Court of Appeals for the Federal Circuit.

He received his law degree from The University of Maryland School of Law, where he served as a staff editor for the Business Lawyer and the Journal of Business and Technology.

During the summer months, Mr. Flores enjoys running in local race events, and in the winter he likes to snowboard.  He composes music on the piano and the Spanish guitar and enjoys outdoor activities with his wife and son. 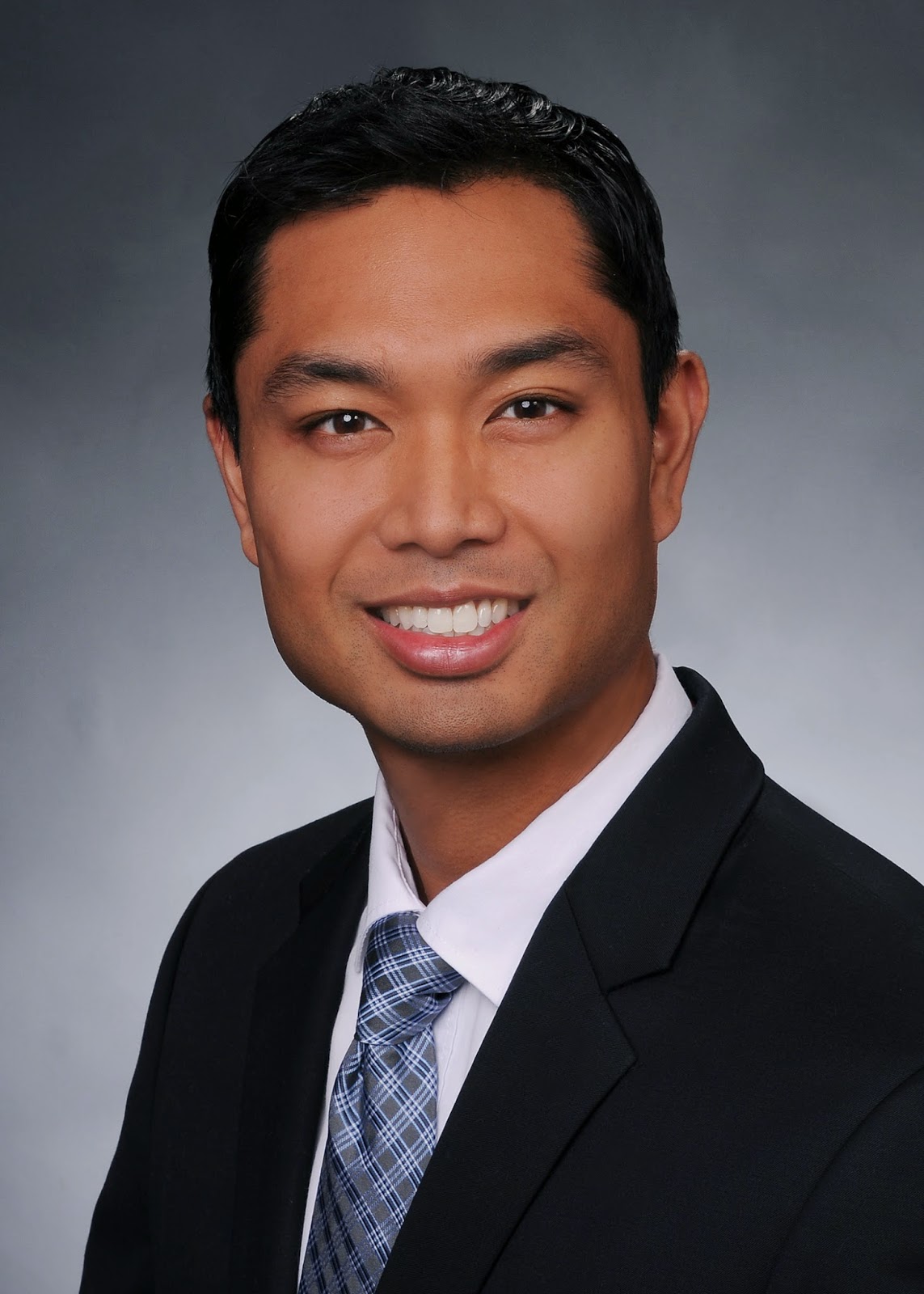 We see it every day: an insured driver is deemed liable for a motor vehicle accident. There is a standard claim as the injured party seeks compensation for their bodily injuries and damages related to the accident. Typical case and review, right? Generally, yes – unless you also consider the potential wrongful death action that may arise from the injured party’s subsequent suicide, allegedly committed during insanity or delirium caused by the defendant’s negligent conduct. If this seems like a stretch, one should consider the holding in the United States District Court for the District of Maryland, in the case of Young v. Swiney. 2014 U.S. Dist. LEXIS 74445 (2014).
The underlying accident in Young occurred on June 16, 2010. Decedent Joseph Young was operating a pick-up truck in Cecil County, Maryland.   Young was a forty-three (43) year old married father of two (2) teenage girls, employed as a carpenter and millwright.  On the same date and time, Donn Swiney was operating an eighteen wheel tractor trailer owned by his employer, Industrial Transport Services, LLC. Investigation revealed Swiney was operating the tractor trailer at a high rate of speed and collided with the rear of Young’s pick-up truck, causing a chain reaction collision. Young complained of several injuries at the scene of accident before losing consciousness. He was extracted from the vehicle and transported to the hospital.

By all accounts, Young’s life took a significant downward spiral after the accident.  Given his injuries, he was unable to return to work and was subsequently terminated in December, 2010.  He underwent surgery on his elbow and spine in 2011; however, being unemployed, he then lost his medical insurance in March, 2012.  Without health insurance, Young was unable to obtain the required physical therapy to rehabilitate his cervical spine.  The lack of insurance became increasingly problematic, and a neurosurgeon recommended surgery to his neck and upper back in August, 2012.  Young’s employment prospects were also dim, as a vocational assessment revealed that he was unable to return to his previous employer, and that he had significant physical limitations, pain and depression. These factors, coupled with his lack of a high school diploma, made him a poor candidate to return to work.

In addition to his health and financial setbacks, Young faced additional personal challenges.  His family members described a complete personality shift after the accident, noting he was unable to control his anger, frequently argued with his wife over money, and yelled at his children.  This ultimately resulted in his wife and daughters leaving him and moving to Florida.

Young sought mental health treatment with Dr. Janet Anderson, Ph.D.  in May, 2012.  During this visit, Young described the significant pain he encountered since the accident, feeling suicidal, depressed, being unable to control his temper and behavior, and the detrimental impact of the accident on his entire family. Dr. Anderson strongly recommended Young obtain psychotherapy for suicidal depression.

After a family visit on September 6, 2012, Young and one of his daughters were involved in a serious verbal altercation that resulted in the police responding to his home.   Later that evening after his family left, Young committed suicide by ingesting alcohol, Flexeril and Tramadol.  Young left a suicide note and referred to himself as a “loser”.

Young’s widow brought suit against Swiney and his employer, individually, as Personal Representative of his Estate, and as parents to the two (2) minor daughters.  Dr. Janet Anderson served as Plaintiff’s expert witness and concluded that Young’s suicide was directly and proximately caused by the psychosis he sustained as a result of the automobile accident.  Dr. Anderson’s opinion was based on a series of information including the autopsy report, depositions, police reports, meetings with Young and his family, as well as her training and experience in this field.

The Defense filed a Motion for Summary Judgment of the wrongful death claims arguing that the motor vehicle accident in June, 2010 was not the proximate cause of Young’s suicide in September, 2012, and challenging Dr. Anderson’s opinions as unreliable, lacking foundation,  not the product of any reliable methodology, and not based on sufficient facts or data.

Courts have long held that a Judge makes any preliminary determination regarding the admissibility of evidence, including expert opinions and qualifications.  In denying the Defendant’s motion, the Court relied on two (2) cases.  In 2005, the Court of Special Appeals of Maryland held that suicide may be grounds for damages based on the negligence of another if  the negligent conduct causes the decedent’s insanity, delirium or uncontrollable impulse to commit suicide. Sindler v. Litman, 166 Md. App. 90, 877 A.2d 97 (2005).  Plaintiff’s expert provided such an opinion in this case.  Here, the Court found that the Plaintiff produced enough evidence to create a jury question on the expert opinion in question, such that a Motion for Summary Judgment should be denied.

The Court also applied the Daubert standard in evaluating Dr. Anderson’s proffered expert testimony.  This evaluation includes an analysis of: (1) whether the theory or technique in question can be and has been tested; (2) whether it has been subjected to peer review and publication; (3) its known or potential error rate; (4) the existence and maintenance of standards controlling its operation; and (5) whether it has attracted widespread acceptance within a relevant scientific community.  Daubert v. Merrell Dow Pharmaceuticals, Inc., 509 U.S. 579  (1994).

By applying Sindler and Daubert, the Court concluded that this issue be tried before a jury with expert testimony. The Court also noted that the Defense pointed to several issues that may be raised in a vigorous cross examination of Plaintiff’s expert, as opposed to bases for summary judgment.

The lesson to take away from Swiney, is that a routine motor vehicle accident may have significantly more implications beyond bodily injuries, property damages, and lost wages.  A claim may be made that an insured’s negligent conduct resulted in an injured party’s insanity or delirium, causing that person to commit suicide.  Considering the Court’s decision in Swiney¸ with sufficient evidence to support this opinion, it is still a question for a jury to decide.

Article submitted by Tara A. Barnes