Recently, the Court of Appeals of Maryland held that an owner of a beloved pet may not recover for non-economic damages such as mental anguish or the loss of companionship.

In 2014, Officer Rodney Price was investigating a string of burglaries in Anne Arundel County when he was allegedly attacked by Michael Reeves’ dog, Vern. As a result, Officer Price shot Vern and caused his death.

The Reeves’ ("dog owners") filed suit against Anne Arundel County and Officer Price for trespass to chattel, violation of Reeves’ constitutional rights for the unlawful shooting and seizure of Vern, and gross negligence. The jury in trial court decided that Officer Price did commit trespass to chattel, violated both constitutional rights regarding the unlawful shooting and unlawful seizure of Vern, and was grossly negligent. However, the jury decided not to award any damages for the violations of constitutional rights but did award a total of $1,250,000 in economic and non-economic damages for gross negligence. Additionally, the jury awarded $10,000 in economic damages for the claim of trespass to chattel.

The circuit court decided to amend the amount in damages by reducing the award for trespass to chattel to $7,500 due to the limit set by Md. Code Ann., Cts. & Jud. Proc. § 11-110 and decided to reduce the gross negligence award to $200,000. Afterward, the Court of Special Appeals held that CJP § 11-110 does not limit the amount of Reeves’ damages.

The Court of Appeals decided damages are limited to $7,500 after reviewing the plain meaning and legislative history of CJP § 11-110. Because the statute defines compensatory damages as the fair market value of the pet and the reasonable and necessary cost of veterinary care, the Court of Appeals decided that meant damages were limited to these costs. Furthermore, the Court determined that the use of the word “means” indicates the list provided was complete and not illustrative.

Additionally, the refusal to pass bills that amended the statute to allow for recovery of non-economic damages also indicated the General Assembly’s desire to limit compensatory damages. Therefore, the Court of Appeals decided to reverse the decision by the Court of Special Appeals.

On the other hand, the dissenting opinion by Judge Hotten indicates that the majority erred in its decision to limit damages for the loss/injury of pets. Judge Hotten recognized the connection between pets and humans and how other states have protected this relationship by allowing non-economic damages for the loss/injury of pets. Judge Hotten points out the idiosyncrasy of no limit on compensatory damages on all other types of property except pets. As Judge Hotten states, a person can kill “a beloved family dog…and pay no more than $10,000 in damages” while a liar who “tricks a family into selling a painting…would face uncapped…damages.”

This decision shows how Maryland courts still limit the amount in damages that can be recovered for the loss/injury of a pet, but Judge Hotten indicates how the value of pets in society has changed and how the courts should follow suit. 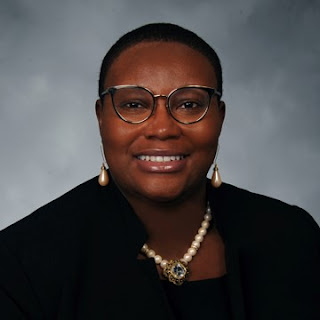 While attending law school, Mrs. Luckett completed a summer semester abroad, studying Comparative Civil Liberties in Haifa, Israel. She was also a Rule 16, Student Attorney with the Juvenile Justice Project where she assisted juvenile offenders serving life prison sentences in preparing for parole hearings. Mrs. Luckett was employed as a paralegal by the University of Baltimore Innocence Project Clinic, while earning her Juris Doctorate as an evening student.

Following law school, Mrs. Luckett worked as an Honors law clerk for the Office of the State's Attorney for Baltimore City in the Homicide Division. After being promoted, Mrs. Luckett served as an Assistant State's Attorney, prosecuting a variety of cases in the Juvenile, District and Circuit Courts, and concluded her tenure in the Special Victims Unit.

In her leisure, Mrs. Luckett enjoys traveling with her husband, cooking, watching crime dramas, reading, cheering on the Baltimore Ravens, and spending time with her nieces and nephews.

Judge Krystin Richardson was appointed to the Baltimore County District Court. Prior to her appointment, she served as an administrative law judge with the Office of Administrative Hearings since 2018, and prior to working as an ALJ, she served as an Assistant State’s Attorney in Baltimore County. Judge Richardson obtained her B.A. from the University of Maryland Eastern Shore and her J.D. from the University of Maryland Francis King Carey School of Law.

Governor Hogan appointed Brian DeLeonardo to the Circuit Court for Carroll County. He obtained his B.S. from Towson University and his J.D. from the University of Baltimore School of Law. He began his career serving as a law clerk for the Honorable Charles E. Moylan, Jr. in the Court of Special Appeals, followed by working as an Assistant State’s Attorney in Carroll County. Judge DeLeonardo also worked with the Office of the Attorney General and served as managing partner of DeLeonardo, Smith & Associates handling criminal and civil matters. Since 2014 until his appointment, he served as the State’s Attorney for Carroll County.