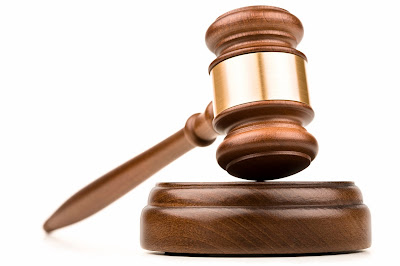 Recent amendments to the Federal Rules of Civil Procedure, which took effect at the end of 2015[1], are designed to promote the swift and inexpensive resolution of cases by promoting cooperation between the Court and practitioners. The scope of the Federal Rules was expanded in Rule 1 to require parties, as well as Courts to construe, administer and employ the Rules “to secure the just, speedy, and inexpensive determination of every action and proceeding.” Given the steadily increasing cost of litigation, these appear to be welcome changes.

A number of the rule changes focus on limiting the length of time a case may spend languishing in the pre-trial process.  Rule 4(m) has shortened the time by which a moving party must serve a summons and complaint from the previous 120-day limit to 90 days. Similarly, Rule 16 reduces the time to enter scheduling orders to the earlier of 90 days after a defendant has been served or 60 days after a defendant has entered an appearance. The Rule previously allowed the court to issue a scheduling order up to 120 days after a defendant had been served or 90 days after a defendant had entered an appearance. Additionally, scheduling orders may now direct parties to request a conference with the Court prior to filing discovery motions.[2]  Rule 16(b)(1) encourages interaction between the parties and judges through “direct simultaneous communication.” Speaking at the University of Baltimore School of Law, U.S. District Judge John G. Kroll of the Southern District of New York recently explained that early and active judicial case management is key to accelerating the pace of litigation, stating “this is meant to be a cooperative and collaborative process.”[3]

The Rules of discovery have also been amended in an effort to streamline the discovery process and tamper down litigation costs. Rule 26(b)(1) replaces the former “reasonably calculated to lead to the discovery of admissible evidence” standard with “any non-privileged matter that is relevant to any party’s claims or defense and proportional to the needs of the case.” In an effort to provide litigants with additional time to locate responsive documents for production, changes to Rule 26(d)(2) and Rule 34(b)(2)(A) now allow an early requests for production to be served prior to the Rule 26(f) conference. The changes allow 30 days after the first Rule 26(f) conference to respond, instead of the usual 30 days after service of the requests.

Under the new Rules, litigants are also no longer allowed to make boilerplate objections to discovery requests. In addition to prohibiting boilerplate objections, Rule 34 now requires that objections “state with specificity the grounds for objecting” and “whether any responsive materials are being withheld.” By way of example, the Committee notes that a litigant may object that a request is overbroad, for instance, but “should state the scope that is not overbroad.” The Rule also includes a new provision requiring that the production be completed “no later than the time for inspection specified  in the request or another reasonable time specified in the response.” The newly added language limits the ability of litigants to engaged in unlimited rolling productions which serve to extend discovery and slow down the judicial process.

The recent changes to the Rules share the common focus of encouraging cooperation between the parties and the judiciary during the pre-trial process and, especially, when completing discovery. Judges hope that this will encourage attorneys to think twice before employing obstructionist tactics during the discovery and pre-trial process and teach lawyers, young and old alike, that the best way to practice is with a collaborative attitude.[4]  The new discovery rules, in particular, encourage openness by requiring more specific objections and discourage “hiding the ball” by requiring litigants to acknowledge whether responsive materials are being withheld. As litigants gain experience with the new Rules, a streamlined, less expensive and more congenial federal judicial process should result to the benefit of all involved.

We anticipate that state rule making bodies, including Maryland and D.C., will follow these rule changes closely, as they often use the Federal Rules of Civil Procedure as a model for their own procedural rules.  The attorneys at RSRM will therefore be monitoring these rule changes and changing their practice accordingly.


[1] The amendments apply to newly filed cases, as well as pending cases “insofar as just and practicable.” Supreme Court of the United States, Amendments to the Federal Rules of Civil Procedure, available at http://www.supremecourt.gov/orders/courtorders/frcv15(update)_1823.pdf.
[2] Fed. Rule., Civ. Pro. 16(b)(3).
[3] “Rule changes push for cooperation in federal civil litigation” Heather Coburn, The Daily Record. September 23, 2016, available at http://thedailyrecord.com/2016/09/23/federal-rules-amendments-practice/.
[4] Id.
Posted by Rollins, Smalkin, Richards & Mackie, L.L.C. at 7:46 AM No comments: