On behalf of all of us at Rollins, Smalkin, Richards & Mackie, L.L.C., we wish you and yours a happy and healthy 2021! 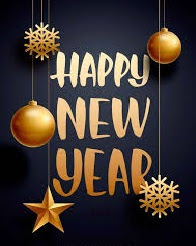 Maryland Adopts the Daubert Standard on Admissibility of Expert Opinions

In 1978, the Maryland Court of Appeals issued an opinion in Reed v. State in which the court adopted the “general acceptance test” applied to the admissibility of expert testimony on new or novel scientific principles espoused in Frye v. United States, 293 F. 1013 (D.C. Cir. 1923), a 1923 case from the Washington, D.C. Circuit Court of Appeals. Id. at 13.  On August 28, 2020, the Court of Appeals announced its abandonment of the Frye-Reed standard and its adoption of the Daubert “reliability” standard for admissibility of expert testimony in a narrowly-decided 4-3 opinion. Id. at 30.

The Court of Appeals was well-acquainted with the factual and procedural history of Rochkind v. Stevenson.  After litigation commenced in December 2011, the matter resulted in four trials in the Circuit Court of Baltimore City, and went through a previous appeal to the Court of Appeals.[1]  The most contentious issue throughout the litigation concerned the testimony of one of the plaintiff’s experts, Dr. Cecilia Hall-Carrington, who opined that lead poisoning was a “significant contributing factor” to the plaintiff’s neuropsychological problems, and, specifically, the plaintiff’s ADHD diagnosis. Id. at 6.  The defendant argued that the epidemiological studies upon which Dr. Hall-Carrington based this opinion failed to adequately support such a conclusion resulting in an analytical gap between the underlying science and Dr. Hall-Carrington’s opinion.  During the first appeal, the defendants argued that Dr. Hall-Carrington’s testimony should have been excluded under Maryland rule 5-702 and the Frye-Reed standard. Id. at 8.  The Court of Appeals agreed with the defendant’s Rule 5-702 argument, but declined to address the Frye-Reed issue. Id. at 8-9.  The parties returned to the Court of Appeals a second time to address the principal issue of whether the court should adopt the Daubert standard for admitting expert testimony.

The Court of Appeals began its discussion of transitioning away from the Frye-Reed standard by noting the developments and changes in federal and state law in the years that followed Reed v. State. Id. at 13.  Notably, 15 years after the Reed v. State opinion, the Supreme Court of the United State issued its opinion in Daubert v. Merrell Dow Pharmaceuticals, 509 U.S. 579 (1993) holding that Federal Rule of Evidence 702 superseded the Frye standard, thus implementing a non-exhaustive five-factor analysis for trial courts to determine whether the expert testimony is not only relevant, but reliable.  In the years following the Daubert opinion, 39 states transitioned to the Daubert standard.

The Court of Appeals also noted Maryland’s own “‘jurisprudential drifts’” away from Frye-Reed and toward Daubert.  Id. at 26.  First, the Court of Appeals reflected on numerous cases in which the court’s Frye-Reed analysis focused not only on the scientific processes of experts but also on their scientific conclusions.  Not only did prior Frye-Reed cases focus on novel conclusions, but some analyzed expert opinions for “analytical gaps” in the analysis akin to the concept discussed in one of Daubert’s progeny General Electric Co. v. Joiner, 522 U.S. 136 (1997). Id. at 17.  Furthermore, Maryland’s Frye-Reed case law developed within the past 15 years had begun to turn a critical eye to long-established scientific methods as opposed to remaining focused on novel methods.  Finally, the Court of Appeals noted the adoption of Maryland Rule 5-702[2] in 1994, which then forced Maryland courts to analyze the admissibility of expert testimony not only through the Frye-Reed standard, but also through the requirements of Rule 5-702.

After acknowledging the “muddied” waters created by the constant drifts away from Frye-Reed, the addition of Maryland Rule 5-702, and the dual analyses required of trial courts under Frye-Reed and Rule 5-702, the Court of Appeals concluded that the implementation of the Daubert analysis would be the single approach for Maryland courts to analyze the admissibility of expert testimony. Id. at 26.  The court further explained that a true shift to the Daubert standard was crucial in light of “emerging technologies that challenge the efficacy of Frye.” Id. at 30.  In essence, the court held the view that the Frye-Reed standard was susceptible to properly admitting expert testimony based on “bad science” though generally accepted within the scientific community whereas the reliability analysis and scrutiny under Daubert would result in producing conclusions founded on “good science” even if the methodology is novel or not generally accepted within the scientific community. Id.

To aid with the implementation of the Daubert standard, the Court of Appeals set forth ten non-exhaustive factors for trial courts to consider when analyzing the admissibility of expert testimony.  Those factors include:

(1) whether a theory or technique can be (and has been) tested;

(2) whether a theory or technique has been subjected to peer review and publication;

(3) whether a particular scientific technique has a known or potential rate of error;

(4) the existence and maintenance of standards and controls;

(5) whether a theory or technique is generally accepted.

(6) whether experts are proposing to testify about matters growing naturally and directly out of research they have conducted independent of the litigation, or whether they have developed their opinions expressly for purposes of testifying;

(7) whether the expert has unjustifiably extrapolated from an accepted premise to an unfounded conclusion;

(8) whether the expert has adequately accounted for obvious alternative explanations;

(9) whether the expert is being as careful as he or she would be in his or her regular professional work outside his or her paid litigation consulting; and

(10) whether the field of expertise claimed by the expert is known to reach reliable results for the type of opinion the expert would give.

The court cautioned that all factors are relevant, that no single factor is dispositive, and that trial courts may apply some, all, or none of the factors when conducting a Daubert analysis depending on the expert testimony at issue. Id. at 37.  The court further advised trial courts to “consider the relationship between the methodology applied and the conclusion reached” when conducting a Daubert analysis. Id. at 36.

Judge Watts[3] issued a dissent principally positing that Rochkind v. Stevenson was not the appropriate case to decide whether Daubert should be adopted because the issue was not the subject of any of the underlying litigation.  The dissent further criticized the majority for its failure to consider the potential effect of Daubert’s implementation on “African American people, people of color, and people of various socioeconomic status in Maryland'' who have been shown in scholarly research and studies to be affected negatively and disproportionately by Daubert’s application. Id. at 54.  Against that backdrop, the dissent opined that the issue of whether or not to adopt the Daubert standard should first be referred to the Maryland Rules Committee to properly study and make a determination of the impact of adopting Daubert. Id.

The Court of Appeals’ implementation of the Daubert standard marks a significant change in Maryland’s jurisprudence.  Undoubtedly, additional litigation of this issue is likely to follow in Maryland’s trial and appellate courts.  Moving forward, it is important for Maryland lawyers and insurance representatives to closely scrutinize the science, underlying data, and methods of their litigation experts and opposing experts, using the ten factors provided in the Rochkind v. Stevenson opinion.

[2] “Expert testimony may be admitted, in the form of an opinion or otherwise, if the court determines that the testimony will assist the trier of fact to understand the evidence or to determine a fact in issue. In making that determination, the court shall determine (1) whether the witness is qualified as an expert by knowledge, skill, experience, training, or education, (2) the appropriateness of the expert testimony on the particular subject, and (3) whether a sufficient factual basis exists to support the expert testimony.” Md. Rule 5-702.

[3] Joined by Judges Hotten and Greene.