Congratulations to Two Associates on their Recent Trial Wins! 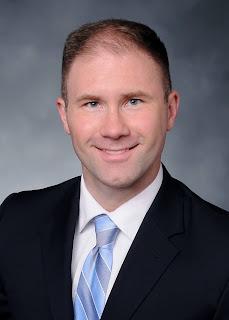 A witness claimed to have witnessed the event and took photographs of the at-fault vehicle. At the time of the lawsuit, however, both the witness and the plaintiff "lost" the photos.

At trial, Mr. Beasley highlighted glaring inconsistencies in the witness' and the plaintiff's version of events, as well as perceived biases on the part of the witness. Mr. Beasley corroborated his wrongfully accused client's version of events with business records and testimony from the rental car company that showed that there was no damage to the rental vehicle when it was inspected and ultimately returned and that the tags on the rental car did not match the witness' description of the at-fault vehicle.

The jury deliberated for nearly an hour, but ultimately returned a verdict finding that Mr. Beasley's client was not liable. 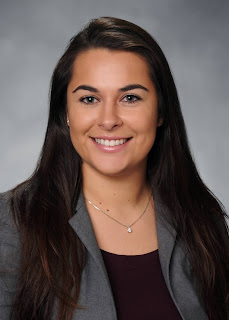 Congratulations to Associate Ashley Bond on her recent trial win! Ms. Bond represented an insurance company who allegedly breached their contract with their insured by failing to pay uninsured motorist benefits.

The insured, Plaintiff, contended that she was entitled to uninsured motorist benefits as she was involved in a hit-and-run accident, and she sustained injuries from that accident.

Plaintiff, however, could not recall details of the vehicle that struck her nor the circumstances surrounding the accident. Furthermore, Plaintiff's version of events changed when she described the accident to emergency responders and medical providers.

To make matters worse, at trial, Plaintiff testified that she saw the unidentified vehicle enter the intersection and head in her direction, yet she decided to step off the curb and cross the street at that same time.

After a rigorous cross-examination of the Plaintiff, Ms. Bond argued that given Plaintiff's inconsistencies, Plaintiff was not credible, and even if she was, she would be contributorily negligent.

The Court agreed with Ms. Bond and ruled in favor of the Defendant.

The Maryland Court of Special Appeals recently held that a Maryland Workers’ Compensation Commission’s (the “Commission”) order summarily denying the reopening of claim is not subject to judicial review, as the Commission did not consider new evidence nor address the merits of the request.

Linda Sanders (“Sanders”) filed a workers’ compensation claim for injuries she sustained to her neck and left shoulder. On June 25, 2015, the Commission issued an order, which denied Sanders’ request for temporary total disability benefits and authorizations for surgery to the left shoulder, a referral to a spine specialist, additional weeks of physical therapy, and an Electromyography (“EMG”).

Three (3) years later, Sanders filed a request for modification of the June 25, 2015 Order. She attached medical bills and a report from Dr. Anand Murthi (“Dr. Murthi”) whom she ultimately sought for surgical treatment of her left shoulder. She requested payment of such bills. The Commission denied this request. Sanders appealed to the Circuit Court of Harford County (the “Circuit Court”). This appeal was dismissed as it was untimely.

Again, on January 3, 2019, Sanders filed a request for modification of the June 25, 2015 Order.  She requested identical relief, namely, payment of Dr. Murthi’s medical bills. Sanders attached a transcript of Dr. Murthi deposition in which he opined that Sanders required a total left shoulder replacement surgery. The Commission again, without holding a hearing, denied this request on January 4, 2019. Sanders appealed to the Circuit Court. The Employer and Insurer filed a motion to dismiss for failure to state a claim, arguing that the Commission’s January 4, 2019 Order was not subject to appeal. The Circuit Court denied this motion. Ultimately, both parties filed motions for summary judgment. The Circuit Court granted Sanders’ motion, and remanded the case back to the Commission, instructing the Commission to consider Sanders’ request for modification. The Employer and Insurer appealed to the Court of Special Appeals.

The Court of Special Appeals noted that Maryland Courts have consistently held that the Commission’s decision to deny a request to reopen and modify a claim is not a reviewable decision. The Court of Appeals distinguished between Commission decisions which consider new evidence and address the merits of a request to reopen and those which summarily deny such requests. Specifically, if the Commission considers the merits of the claimant’s argument or relies on new evidence in the issuance of a new or amended order, then the decision is reviewable.

When determining whether an Order is reviewable the trial court should look at whether evidence was taken on the application, whether, in entering its new order, the Commission discussed or made findings with respect to the correctness, validity, or propriety of the earlier order, and whether, in denying relief, the Commission either acted summarily, without assigning reasons, or focused only upon defects in the application itself.