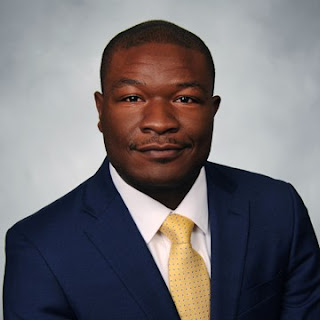 Brandon C. James is a 2020 graduate of the University of Baltimore School of Law and a 2017 graduate of the University of Maryland, Baltimore County. While attending UMBC, Mr. James majored in English and competed in the American Mock Trial Association, where he was named an All-American Attorney. In law school, Mr. James was inducted into the Royal Graham Shannonhouse III Honor Society, a staff editor of the University of Baltimore Law Forum, and a competing member of the National Trial Competition Team. He also completed internships with the Maryland Office of the Attorney General, Civil Division, and a mid-sized law firm, where he worked on matters including products liability, mass tort, and environmental law.

Upon graduating from law school, Mr. James completed a judicial clerkship for the Honorable Kendra Y. Ausby at the Circuit Court for Baltimore City. While clerking for Judge Ausby, Mr. James conducted research on issues including business litigation, labor and employment litigation, and administrative law.

In his spare time, Mr. James enjoys traveling, watching Ravens football, and spending time with his family. Mr. James is originally from Baltimore City, so he also spends time volunteering in the community.