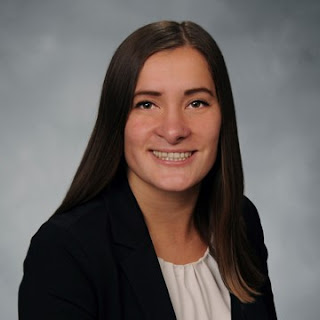 Ms. Rankin graduated from the University of Maryland Francis King Carey School of Law in 2018, and graduated from Michigan State University in 2015.  While attending law school, Ms. Rankin spent time interning with the Honorable Marcus Z. Shar of the Circuit Court for Baltimore City.  Ms. Rankin also worked as a law clerk at a criminal defense and plaintiffs' litigation firm. Following law school, Ms. Rankin was an associate with a firm in Hyattsville, Maryland where she handled automobile tort, family law, criminal defense, and immigration matters.

Judge Laura Sue Ripken was appointed to the Court of Special Appeals earlier this month.  Prior to her appointment, Judge Ripken had served as the administrative judge for the Circuit Court for Anne Arundel County, and prior to her appointment to the bench in 2010, worked as a county prosecutor for nineteen (19) years as well as a former Deputy State’s Attorney.  Judge Ripken obtained her B.A. from Lehigh University and her J.D. from The Catholic University of America Columbus School of Law.  Since January 2019, she had also served as the chair of the Conference of Circuit Court Judges.

Governor Hogan also appointed Erik Atas and Myshala Middleton to the Circuit Court for Baltimore City.  Judge Atas worked with Zirkin & Schmerling Law since 2013 focusing on criminal defense, personal injury, protection orders and peace orders, and administrative hearings for Motor Vehicle Administration matters.  Prior to joining Zirkin & Schmerling Law, Judge Atas served as a Public Defender in Baltimore City for six (6) years.  He received his B.A. from the University of Maryland Baltimore County and his J.D. from the University of Baltimore School of Law.  Judge Atas also previously worked with nonprofit drug treatment programs and women’s shelters on a pro bono basis to help people of limited financial means expunge their criminal records.

Judge Middleton began her career serving as an Assistant State’s Attorney in Baltimore City for six (6) years followed by serving as an Assistant Attorney General in the Contract Litigation Unit and Medicaid Fraud Control Unit at the Office of the Attorney General.  Most recently, prior to her appointment to the bench, she worked as an Assistant Chief Counsel in the Office of the Principal Legal Advisor at the Department of Homeland Security (U.S. Immigration and Customs Enforcement) where she litigated removal proceedings before the Executive Office for Immigration Review.  Judge Middleton received her B.A. in anthropology from the State University of New York at Stony Brook and her J.D. from the University of Baltimore School of Law.

Judge Karen Dean was appointed to the Circuit Court for Wicomico County.  Prior to her appointment, Judge Dean had served an Assistant State’s Attorney in Worcester County, where she handled juvenile, child abuse, and sexual assault cases.  She also previously served as Deputy State’s Attorney for Somerset County, Senior Assistant State’s Attorney for Wicomico County, and as a magistrate in Wicomico County.  Judge Dean received her B.S. from the University of Delaware and her J.D. and Master of Studies in Environmental Law from Vermont Law School. Judge Dean also previously served as a prosecutor liaison for the community of Berlin, advisor to the Child Advocacy Center, and as an EMT and firefighter for the Mount Vernon Fire Department.

On December 16, 2020, the Maryland Court of Special Appeals held that a trial court’s rejection of the defendant’s request for jury instructions regarding the “open and obvious doctrine” constituted reversible error.

Nevertheless, Six Flags requested that “the open and obvious defense issue be presented to the jury via a specific question on the verdict sheet.” Id. at *3.  Specifically, Jury Instruction No. 24 stated, “there is no obligation to protect an invitee against conditions or dangers which are known or which are so obvious and apparent that one may reasonably be expected to discover them.” Id. at *6.  Additionally, Jury Instruction No. 25 stated, “the owner or occupier of land has no duty under the law to warn an invitee of an open, obvious, and present danger and it is well established under Maryland law that an invitee harmed by an open and obvious condition is ordinarily not entitled to any recover for his injuries.” Id.  Ultimately the trial court denied this request as well.

Here, the Court of Special Appeals found that Jury Instructions No. 24 and No. 25 were nearly verbatim quotes from well accepted case law on the subject matter of the open and obvious defense; therefore, they could not be considered inaccurate statements of law.[1] Id. at *8.  Next, the Court found that based on their review of the record, including the fact that witnesses for both sides presented testimony regarding whether they were able to perceive the wet condition of the bridge, Jury Instructions No. 24 and No. 25 were generated by the evidence presented at trial. Id.  The jury instructions at trial only instructed the jury to negligence, proximate cause, contributory negligence, assumption of risk, invitee status, and premise liability. Id. at *7.  The Court therefore found that the open and obvious defense was not fairly covered. Id.  Ultimately, the Court found the trial court abused its discretion by failing to instruct the jury regarding the open and obvious doctrine. Id. at *9.

In conclusion, a landowner has a duty to protect an invitee from injury caused by an unreasonable risk that the invitee would be unlikely to perceive in the exercise of ordinary care for their own safety.  However, an invitee has a duty to exercise caution in the face of an open and obvious dangerous condition.  Therefore, the safety of an invitee does not depend solely on the landowner when there are dangerous conditions that are open and obvious.

[1] There were a total of four jury instructions proposed by Six Flags, however, the Court of Special Appeals found that Jury Instructions No. 26 and No. 27 were not fully or entirely supported by the authority cited by Six Flags; therefore, they stated the trial court properly excluded them.