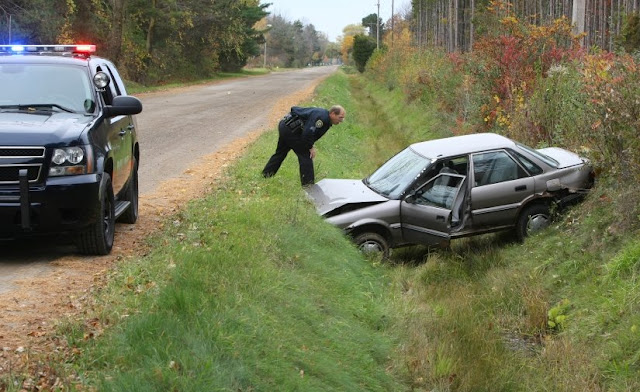 On September 8, 2016, the Maryland Court of Special Appeals filed an unreported decision in Kerry Evans v. Joshua Shores, et al., holding that a passenger assumed the risk of injuries she sustained while riding in a vehicle with an intoxicated driver.

This case arose out of a November 10, 2013 single-vehicle accident in Newark, MD. Immediately after the collision, police arrested Joshua Shores—the driver—who registered a blood-alcohol concentration of 0.15%. Prior to the accident, Plaintiff Kerry Evans and Defendant Shores had spent the evening together drinking with friends. Throughout the evening, Shores drank an estimated four to five alcoholic drinks in Evans’ presence, and up to ten beers and multiple shots in total. When the pair met at Shores’ truck to leave the party, it took Shores four tries to successfully back out of the driveway, which Evans testified was “because he’s either too drunk or he can’t see where he’s going because of this impaired state.” Once out of the driveway, Shores sped away on a highway where he lost control of the vehicle, jumped a ditch, and headed into a bank of trees. Shores admitted that he was intoxicated at the time of the accident.

In affirming the jury verdict from the Circuit Court for Worcester County, the Court of Special Appeals upheld an expert toxicologist’s testimony that knowing a person has consumed alcohol puts a passenger on notice that an adverse event will likely occur. Thus, given that notice, a passenger assumes the risk of injury by riding with an intoxicated driver. Evans challenged the trial court’s admission of this testimony, arguing it constituted a subjective opinion and unfairly prejudiced the jury against her.

The Court of Special Appeals began its review with Maryland’s general rule for voluntary assumption of risk, asked by “whether there was an intentional an unreasonable exposure to danger, which the plaintiff either knew or had reason to know.” Power v. State u/o Reynolds, 178 Md. 23, 31-32 (1940). The Court concluded that Evans had sufficient notice of Shores’ intoxication because the two had partied together with a small group for several hours, mixed beer with shots of liquor, and because Evans admitted feeling nervous when Shores struggled to back out of the driveway. The Court also emphasized that Evans had completed an alcohol education course in school about the dangers of drunk driving, and she knew that Shores had a prior DUI.

Based on these factors, the Court rejected Evans’ challenge to the expert toxicology testimony. The Court reasoned that the testimony was relevant to show Evans’ knowledge of Shores’ intoxication. Further, the testimony was not unfairly prejudicial because it only bolstered other significant evidence that Evans had notice of Shores’ intoxication and should have appreciated the danger his potential drunk driving presented. The Court of Special Appeals therefore held that Evans assumed the risk of her injuries because she witnessed Shores consume substantial quantities of alcohol and understood the risks of riding with an intoxicated driver, yet she still chose to remain Shores’ passenger, even after he demonstrated signs of impairment.

Although Evans is unpublished and therefore not binding legal authority, it reflects the increasing intolerance of Maryland appellate courts for both intoxicated tortfeasors and those aware of their intoxication, particularly in the civil context. [1]  Evans, and cases like it, recognize that individuals aware of a person's intoxicated state owe a duty to both others and themselves to avoid the dangers created by it, and to find a sober ride home.