Statistics show dog ownership increased in nearly every demographic over the past 10 years.  It’s no surprise that over the same period the law concerning liability for damages caused by dogs have presented unique challenges for Maryland courts and legislators.  In Mary Paone Latz v. Jacob Parr, the Maryland Court of Special Appeals was recently asked to address a surprisingly difficult question: who “owns” a dog?

The pup at the center of the controversy was Ravyn, a two-and-a-half year old, seventy-to-eighty pound dog who had an alleged habit of getting loose.  Ravyn was adopted from a Maryland animal shelter by the defendant, Jacob Parr (“Defendant”), and his girlfriend of over nine years, Vicki Nichols.  Ms. Nichols lived and worked in New Jersey and visited Defendant in Maryland on most weekends.  Ravyn usually stayed with Ms. Nichols when she was in New Jersey.

Mary Latz (“Plaintiff”) and her husband rented a basement apartment near Defendant’s home.  On August 15, 2015, Ravyn ran through an open door to the Latz’s residence and began chasing the Latz’s cat.  Plaintiff was injured while trying to restrain and remove Ravyn from the premises.  Defendant and Ms. Nichols claimed Ravyn broke loose while they were walking when the collar broke off allowing Ravyn to run free.  Plaintiff and her husband claimed Ravyn ran loose regularly and, more importantly, was wearing a collar at the time of the incident.

Plaintiff filed suit in the Circuit Court for Howard County seeking compensation for her injuries.  Before the jury returned a verdict, the court granted Defendant’s motion for judgment.  The trial court concluded that the evidence showed that Ms. Nichols was Ravyn’s owner and, because Ravyn got loose while away from Defendant’s property, there was no evidence of Defendant’s negligence.

Plaintiff appealed to the Maryland Court of Special Appeals where the appellate court deliberated over whether Defendant could be considered Ravyn’s owner.  The appellate court analyzed Courts & Judicial Proceedings § 3-1901 (“CJP § 3-1901”), which provided the evidentiary standard for the cause of action.  CJP § 3-1901 was enacted in 2012 following the Tracey v. Solesky decision from Maryland’s highest court.  The Tracey court held that owners or harborers and keepers of pit bull or pit bull mix breeds who knew or had reason to know the breed of the dog could be held strictly liable for injuries caused by pit bulls or pit bull mixes.  CJP § 3-1901 modified this holding by creating a rebuttable presumption that the owner of a dog knew or should have known that the dog was vicious or dangerous, and that the rebuttable presumption could not be ruled on by a judge before a jury returns a verdict.  The language of CJP § 3-1901, however, did not define the term “owner” and failed to expressly include language extending the standard to “harborers” or “keepers” of dogs.

The Maryland Court of Special Appeals concluded that CJP § 3-1901 was enacted only to create the “rebuttable presumption” of the owner’s knowledge of the vicious or dangerous nature of the dog without making any other changes to the common law.  As such, the lack of a clear definition of “owner” in CJP § 3-1901 and its omission of the words “harborers” or “keepers” did not prevent the term “owner” from potentially applying to Defendant in this case.  Because the rebuttable presumption applied to the Defendant, the question of whether Defendant was Ravyn’s “owner” should have been submitted to the jury for consideration before the court granted Defendant’s motion for judgment.  Similarly, the appellate court decided that a jury could have concluded that both Defendant and Ms. Nichols owed duties to Plaintiff to control Ravyn at the time of the incident, meaning that this issue should have been submitted to the jury for a verdict.

The decision in Latz expands the definition of an “owner” of a dog under CJP § 3-1901 to include individuals who keep or harbor dogs.  This will likely enlarge the number of potentially liable parties in future claims for damages caused by dogs.  Because this issue must be decided by a jury first, motions for summary judgment and motions for judgment may be less successful in these cases moving forward, meaning that these cases will likely need to go to trial to obtain a complete defense verdict.

Congratulations to Associate Ben Beasley on his back-to-back trial wins! 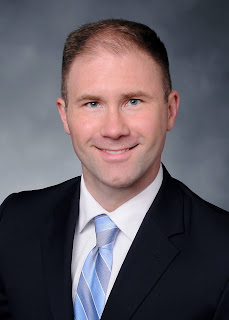 Congratulations to Associate Ben Beasley who recently went two-for-two in the District Court of Maryland for Baltimore City. In the morning, Mr. Beasley successfully defended an uninsured motorist claim believed to be the product of a staged accident. Through expert testimony, Mr. Beasley persuaded the judge that the accident could not have occurred in the manner in which the plaintiffs claimed.

In the afternoon, Mr. Beasley defended a red light dispute with video evidence introduced by the plaintiff supportive of their theory of liability. With the assistance of testimony from his client and an independent witness, the court found that the plaintiff could not meet their burden, and entered judgment in favor of Mr. Beasley's client.

At the time of the collision, Ms. Dominguez and her daughter resided in the same household. GEICO accepted Ms. Dominguez’s claim filed under her daughter’s policy but denied the claim under her own GEICO policy, citing an exclusion within Ms. Dominguez’s GEICO Policy that allowed the Insurer to deny the claim. The applicable exclusion stated that GEICO’s uninsured motorist coverage did not apply: “[t]o bodily injury sustained by an insured while occupying a motor vehicle owned by an insured and not described in the Declarations and not covered by the Bodily Injury and Property Damage liability coverages of this policy.” For purposes of this case, the GEICO policy defines the word “Insured” to mean: “(a) You and your spouse if a resident of the same household; (b) Your relative if a resident of your household[.]” The GEICO policy defined “You” and “Your” to mean “the policyholder named in the Declarations or his or her spouse if a resident of the same household.” The GEICO Policy defined “Relative” as “a person related to you who resides in your household.”

After the denial of the uninsured motorist claim under her own GEICO policy, Ms. Dominquez filed a breach of contract complaint against GEICO in the Circuit Court for Montgomery County. GEICO moved for summary judgment, asserting that as a matter of law, the exclusion contained within Ms. Dominquez’s policy permitted the denial of the claim. At the conclusion of a hearing on September 24, 2020, the Circuit Court rejected Ms. Dominguez’s argument that the exclusion in her GEICO policy was impermissibly broad and inconsistent with Maryland law contained in Md. Code, Ins. § 19-509(f)(1). The Court granted summary judgment in favor of GEICO.

In examining the Circuit Court’s ruling on appeal, the Court of Special Appeals reviewed the legislative history surrounding Ins. § 19-509(f)(1), which permits an insurer to exclude coverage when the insured occupies an uninsured vehicle owned by an “immediate family member” who resides in the insured’s household. The public policy in support of Ins. § 19-509(f)(1) is “to prevent a family, owning several motor vehicles, from insuring only one or two of them with an insurer, leaving the other vehicles uninsured, or underinsured under a different policy, and being able to claim uninsured or underinsured motorist benefits from the first insurer even though no premium was paid to the first insurer for coverage of the other vehicles.” Gov't Emps. Ins. Co. v. Comer, 419 Md. 89, 98, 18 A.3d 830 (2011).

Based upon that examination, the Court of Special Appeals ruled that Ms. Dominquez would not be able to recover under her own insurance policy for an injury she sustained in an underinsured vehicle owned by an immediate family member. In affirming the Circuit Court’s decision, the Court of Special Appeals noted the prevailing Maryland law provides that when the contractual provision of an insurance policy conflicts with a stated public policy, the policy provision is invalid, but “only to the extent of the conflict between the stated public policy and the contractual provision.” State Farm Mut. Auto. Ins. Co. v. Nationwide Mut. Ins. Co., 307 Md. 631, 643 (1986) (citing Ins. Comm’r v. Metro. Life Ins. Co., 296 Md. 334, 340 n.6 (1983)).