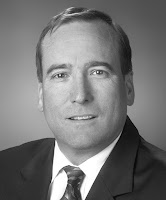 It is with great pride that RSRM announces that two of its attorneys have been selected among Maryland’s 2019 Super Lawyers. 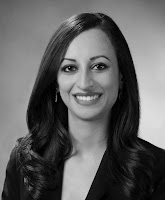 Associate Rima Kikani was selected as a 2019 Rising Star in the area of Civil Defense Litigation. Ms. Kikani is a fifth-year associate and works on premises liability, products liability, and insurance coverage and defense matters.

Congratulations to our 2019 Super Lawyers!
Posted by Rollins, Smalkin, Richards & Mackie, L.L.C. at 12:05 PM No comments:

Estate of Concetta Schatz v. John Crane, Inc., 2018 Md. App. LEXIS 996, No. 1300, Sep Term, 2017 (filed Nov. 2, 2018).
William and Concetta Schatz married in 1955, and William began working for Baltimore Gas & Electric (BGE) soon after their honeymoon. He retired from BGE in the 1980s after years of hard work at the Wagner Station as a mechanic. During his time at Wagner Station, William replaced boiler equipment with a type of rope that was produced by John Crane, Inc. (“JCI”). JCI’s rope contained 60% chrysotile asbestos. Concetta, for years, washed William’s work clothes from Wagner Station and in 2015, passed away as a result of malignant mesothelioma.
The Estate of Concetta and Concetta’s four daughters filed products liability actions against JCI for her death, contending that the mesothelioma resulted from the exposure to the asbestos in William’s work clothes, and that JCI should have warned of these dangers. At the close of the plaintiffs’ case, JCI moved for judgment arguing that the plaintiffs failed to prove the existence of a legal duty owed by JCI to Concetta. The circuit court agreed and granted judgment in favor of JCI. The Estate of Concetta appealed the circuit court’s decision to the Court of Special Appeals and argued that a duty to warn should extend to household members as of 1972, based on the Occupational Safety and Health Administration’s (OSHA) safety regulations for tracking asbestos dust brought into the home.
The Court of Special Appeals cited extensively to Georgia-Pacific, LLC vs. Farrar, 432 Md. 523 (2013) as an analogous case to demonstrate that no duty was owed by JCI to warn Concetta of the dangers of asbestos. The Court agreed with the plaintiffs that a breakthrough occurred in the 1972 OSHA regulations such that JCI should be on notice of the dangers of asbestos; however, noted that such notice is not the only consideration regarding a duty to warn.
The Court stated that two crucial factors should be considered: (1) the foreseeability of the harm; and (2) weighing the foreseeability of harm against policy factors, such as the relationship between the parties and the feasibility of providing warnings. The Court applied these factors and concluded that the plaintiffs presented no evidence showing a relationship between Concetta and JCI, and there was no evidence presented that a warning would have been effective or that William could have limited asbestos exposure to Concetta based on a warning.
Therefore, the Court found no duty to warn under the facts of Estate of Concetta Schatz, but cautioned that if certain policy considerations were met, a duty to warn could materialize.

Commissioner Kittleman graduated with honors from the University of Maryland School of Law. After receiving his J.D., he joined the law offices of Smith, Somerville & Case. In 1991, he joined Herwig & Humphreys, where he later became a partner, and then went on to work with Godwin, Erlandson, Vernon & Daney, as an "of counsel" attorney. Throughout his twenty-five (25) years of legal practice, Commissioner Kittleman concentrated his practice in the defense of workers’ compensation claims in Maryland and the District of Columbia. He also served as a state senator, worked on the Workers’ Compensation Oversight Committee, the Howard County Council, and served as the Howard County Executive.

Commissioner Metz graduated from Rutgers, The State University of New Jersey School of Law in 1985. He then spent over thirty (30) years as a workers’ compensation and litigation attorney in Maryland, Pennsylvania, New Jersey, and the District of Columbia. During this time, he briefed and argued cases before the Maryland Court of Appeals, Maryland Court of Special Appeals, and the U.S. Court of Appeals for the Fourth Circuit. Thereafter, he served as a mediator for the Circuit Courts for Frederick and Washington Counties in Maryland. Commissioner Metz also served as President of Executive Board of the Bar Association of Frederick County in 2013, and continues to serve as a member of the Board today. In addition, he continues to provide lectures and continuing legal education instruction in the areas of workers’ compensation law and mediation practice.