Maryland Clarifies Liability under the Maryland Recreational Use Statute

This past April, the Court of Special Appeals of Maryland provided some clarity regarding a property owner’s liability under the Maryland Recreational Use Statute in its Martinez v. Ross decision.

On October 29, 2016, Daniel Ross hosted a family and friends event called “Cookout, Bikes, and Music” at his Penn Shop Farm property. In the past, Ross had used Penn Shop Farm property to create all-terrain vehicle (ATV) and dirt bike courses. The courses, however, were not open to the public. Moreover, the sole entrance to Penn Shop Farm was controlled by fencing and a metal gate, locked with a chain and a padlock. Further, the gate brandished signs reading, “Keep Out;” “No Trespassing;” and “Posted. No Trespassing, Keep Out.” On the day of the event, Ross gave Anthony Martinez an ATV to ride on the course. While navigating the course on the ATV, Martinez was thrown over the handlebars. The ATV landed on top of Martinez, and he suffered spinal injuries rendering him a quadriplegic.

Subsequently, Martinez filed suit alleging that his injuries were caused by Ross negligently designing the course. Ross filed a motion for summary judgment claiming statutory immunity under Maryland’s Recreational Use Statute. In part, this Statute states, ”. . . an owner of land owes no duty of care to keep the premise safe for entry or use by others for any recreational or educational purpose, or to give any warning of a dangerous condition . . . on the premise to any person who enters the land for these purposes.” Md. Code Ann., Nat. Res. § 5-1103. Ultimately, Ross won on his motion, and Martinez appealed.

On appeal, the Court of Special Appeals faced a drafting issue. In other words, there was tension between the expressed statutory purpose of the Recreational Use Statute, which was to encourage owners to open their land to the general public, and the operative provisions of it, which could be read to grant limited liability against the claims of ordinary invitees and licensees.  Although drafting problems relating to Recreational Use Statutes have been addressed by other states, this was a matter of first impression for Maryland.

In addressing this issue, the Court opined that when interpreting the Recreational Use Statute, it should be done so in accordance with its express purpose. For Maryland, that purpose is to permit owners to invoke the statutory limitations on liability only if they make their land available to the general public. Moreover, when the operative sections of the Statute discuss the limitations on an owner’s liability to persons or to others, that language must be read to refer to persons or others as members of the general public. Likewise, the statutory language does not limit an owner’s liability to social guests.

In the present case, Ross was not eligible for statutory immunity given by the Recreational Use Statute. Ross’s Penn Shop Farm was not open to the general public; instead, the entrance was gated and locked with multiple “No Trespass” warnings posted. Likewise, his past use of the property as an ATV and dirt bike course was limited to friends and family. Moreover, by hosting his event, he was not making his property available to the public as contemplated by the Statute. Therefore, the Court found that the circuit court judge erred in entering summary judgement against Martinez on the basis of the Recreational Use Statute. 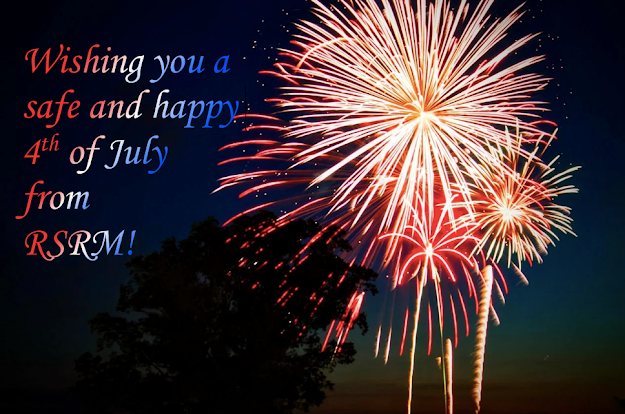 This past week, Associate Letam Duson was recognized by The Daily Record on her selection to its 2020 Leadership in the Law – Generation J.D. Award! The Leadership in the Law Awards recognize Maryland’s legal professionals who have demonstrated outstanding dedication to their occupation and communities. Congratulations, Letam!
Posted by Rollins, Smalkin, Richards & Mackie, L.L.C. at 8:05 AM No comments: