In 2001, Questar Builders, Inc. (“Questar”) was hired as a general contractor for a new apartment complex.  Questar hired numerous subcontractors, who were contractually obligated to obtain general liability policies listing Questar as an additional insured prior to commencing work on the project. Four of these subcontractors obtained insurance agreements with Selective Way Insurance Company (“Selective Way”).

In 2006, the owner of the complex sued Questar and others alleging defective construction with $4.5 million in property damage. Questar’s own liability insurer, Nationwide Property and Casualty Insurance Company (“Nationwide”) appointed and paid for defense counsel for Questar, who denied liability and filed third-party complaints against each of their sub-contractors seeking indemnity and contribution for the work they each performed on the project. Questar also wrote to Selective Way to seek defense and indemnification according to the four policies listing Questar as an additional insured.  Despite this, Selective Way denied Questar’s requests.

The primary suit against Questar settled but the action regarding Selective Way’s duty to defend Questar continued. After years of litigation, it was determined that Selective Way breached its duty to defend Questar in the construction defect lawsuit and was liable to Nationwide in the amount of $1,647,659.00, including over $400,000.00 dollars in prejudgment interest. Selective Way filed a timely appeal to the Court of Special Appeals challenging the ruling that they had a duty to defend the underlying construction lawsuit, the prejudgment interest on the damages awarded by the jury, and the award of attorneys’ fees and expenses incurred by Nationwide in the declaratory judgment action.  The Court of Special Appeals reversed the circuit court’s judgment with respect to prejudgment interest on defense costs and remanded the issue of attorneys’ fees and expenses incurred in the construction defect suit. Nationwide filed a timely petition to the Court of Appeals, which was granted solely on the issue of prejudgment interest.

The Court of Appeals started their analysis with the general rule that entitlement to prejudgment interest is an issue for the finder of fact and should typically be “left to the discretion of the jury.” I. W. Berman Props. v. Porter Bros., Inc., 276 Md. 1, 18 (1975) (quoting Affiliated Distillers Brands Corp. v. R.W.L. Wine & Liquor Co. Inc., 213 Md. 509, 516 (1957)).  However, the court recognized that there is an exception to this rule that allows for prejudgment interest as a matter of right when “the obligation to pay and the amount due” is “certain, definite, and liquidated by a specific date prior to judgment” such that “the effect of the debtor’s withholding payment was to deprive the creditor of the use of a fixed amount as of a known date.” Buxton v. Buxton, 363 Md. 634, 656 (2001) (quoting First Virginia Bank v. Settles, 322 Md. 555, 564 (1991)).  The court also pointed to Maryland Rule 2-604(a) as the source of the procedural requirements for obtaining pre-judgment interest in the State of Maryland, which states rewards of a prejudgment interest must be “separately stated” in a verdict sheet. See Fraidin v. Weitzman, 93 Md. App. 168, 219 (1992).

On Appeal, Nationwide argued that this case was exceptional and met the requirements for prejudgment interest as a matter of right because of Selective Way’s duty to provide a defense to Questar. Although the Court of Appeals agreed with this basic premise, they identified issues with the other elements necessary to establish prejudgment interest as a matter of right.  The court had previously determined that, where a contract requires a “sum certain on a date certain[,]” the amount due is fixed. United Cable Television of Balt. v. Burch, 354 Md. 658, 669 (1999) (quoting Crystal v. West & Callahan, Inc., 328 Md. 318, 343 (1992)).  Nationwide contended that the defense costs were definite and fixed at the time they were incurred and, but for Selective Way’s breach of its duty to defend Questar, Selective Way would have been aware of the exact costs as evidence by paid invoices and receipts.

For these reasons, the Court of Appeals found that Nationwide was not entitled to prejudgment interest as a matter of right and the lack of a separately stated award of prejudgment interest in the verdict sheet failed the requirements for a discretionary award under Maryland Rule 2-604(a).  This decision provides clarity on several issues regarding how to preserve claims for prejudgment interest related to defense costs and the procedures necessary to ensure that fact finders have the tools and information necessary to articulate the type of interest owed by an insurance provider when similar breaches occur.

Congratulations to John Thompson on his Recent Win! 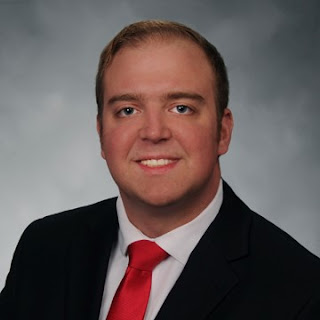 John represented an individual who was accused of negligently running a red light, causing injuries to the Plaintiff. The trial was conducted via Zoom.

During the Defendant's case-in-chief, John skillfully navigated his client through various details of the accident. His client was able to recall specific details of the event.

In closing, John argued that Plaintiff did not meet her burden as Plaintiff and Plaintiff's witness' testimony were inconsistent. The Court agreed and determined that the evidence was in equipoise.