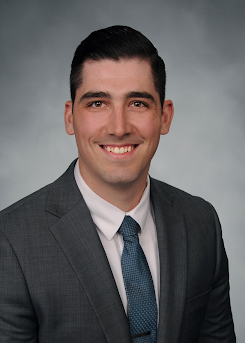 Bryan Cleary earned his J.D. from the University of Baltimore School of Law in May 2021. Before that, he graduated from Moravian University in 2018 with a major in Political Science. While attending law school, Mr. Cleary served as a staff editor for the University of Baltimore Law Forum and was a Maryland Rule 19 Student Attorney in the Saul Ewing Civil Advocacy Clinic. Mr. Cleary also spent time interning with the Honorable Debra L. Boardman of the United States District Court for the District of Maryland.
Prior to and during his undergraduate education, Mr. Cleary worked as an operations supervisor for UPS for four years, where he was responsible for managing numerous employees and various areas of the building.
Immediately after graduating from law school, Mr. Cleary clerked for the Honorable Timothy J. McCrone in the Circuit Court for Howard County.
Outside of the office, Bryan enjoys watching and playing sports, spending time with friends and family, traveling, reading, and playing with his German Sheppard, Stella.
Posted by Rollins, Smalkin, Richards & Mackie, L.L.C. at 5:28 AM No comments: 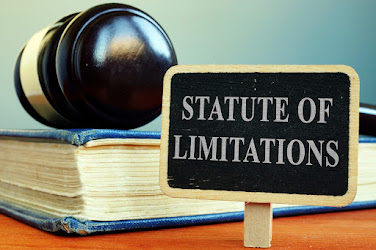 In a recently published opinion by the Court of Appeals, Maryland’s highest court held that former Chief Judge Barbera acted within her authority when she issued an administrative order on April 24, 2020,  tolling the statute of limitations in civil matters due to the COVID-19 emergency court closures.

In upholding the administrative order’s validity, the Court of Appeals looked to the Chief Judge’s authority under the Maryland Constitution, the Maryland Code, and the Maryland Rules. The Murphy Court first referenced Art. IV. § 18 of the State Constitution, which confers both administrative and rulemaking authority on the Chief Judge, particularly as that authority pertains to the “practice and procedure” of the courts. The opinion also noted the General Assembly’s acknowledgment that the rulemaking power of the Court of Appeals, “shall be liberally construed.” Md. Code Ann. Cts. & Jud. Proc. § 1-201(a).

In examining the various responsibilities of Maryland’s branches of government during the Pandemic, the court looked to Maryland Rule 16-1003(a)(7), which, during an emergency, allows the Chief Judge to: “suspend, toll, extend, or otherwise grant relief from time deadlines, requirements, or expirations otherwise imposed by applicable statutes,”

Against this backdrop, the Murphy opinion recounted the various administrative orders issued in response to the COVID-19 Pandemic and found “ample and explicit authority under Article IV of the State Constitution and the Maryland Rules” for the Chief Judge to issue the administrative tolling order.

The remaining issue was whether the order “overreached the authority of the Judiciary” under Articles 8 (separation of powers) and 9 (prohibition against suspension of laws). Regarding separation of powers, the court looked to examples of shared authority between the branches to highlight that the powers of the three branches are often intertwined. For example, the General Assembly has a role in the election and appointments to positions in the Executive Branch while the General Assembly may entrust “legislative-type powers” to Executive Branch agencies charged with administering certain situates. Despite some shared authority, branches run afoul of Article 8 when they “usurp” the powers of another branch. In upholding the validity of the order, the court held that the order was not an expression of a judicial policy preference but rather fell under the court’s “practice and procedure” functions under the Maryland Constitution.

Finally, the court considered where the order violated Article 9’s prohibition against the suspension of laws. Interestingly, despite being part of the Maryland Declaration of Rights since 1776, the provision had not yet been interpreted by the Court of Appeals. Article 9 provides, "[t]hat no power of suspending Laws or the execution of Laws, unless by, or derived from the Legislature, ought to be exercised, or allowed." The court noted that Murphy Enterprises, the party arguing the violation of Article 9, failed to articulate why the court’s order violated the article and, even if the order constituted a “suspension” of laws, doing so was under the court’s core constitutional powers was in coordination with the other branches of government.

While there may be some remaining questions as to how long the statute may be tolled when applied to a particular case, the Murphy opinion left no doubt that the Court of Appeals had the authority to issue the COVID-19 tolling orders. 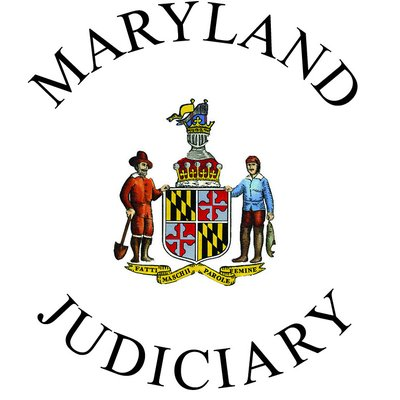 Congratulations to Associate Logan Hayes on her recent win! 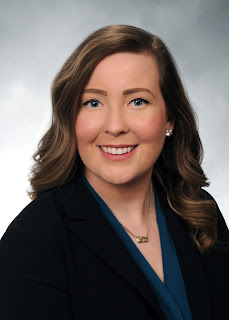 Ms. Hayes successfully represented a client involved in a motor vehicle accident in which the Plaintiff claimed personal injuries and property damage as a result of her client’s alleged negligence.

Based upon her client’s testimony that he had the right of way in the intersection and the supporting testimony of the Plaintiff’s own independent witness, the Court ruled in favor of the Defense. The Court found that Ms. Hayes’ client had the right of way, was permitted to proceed through the intersection and did not contribute to the collision, rather that the Plaintiff unlawfully and negligently attempted a left-hand turn without the right of way, barring him from recovering damages.