Congratulations to Partner Benjamin Beasley on his recent trial win in the Circuit Court for Baltimore City! Mr. Beasley represented an individual who made a left turn on a yellow arrow turn signal and collided with an oncoming motorist’s vehicle that had a green light.  Relying on provisions in the Transportation Article and applicable case law, Mr. Beasley argued that his client was not negligent as his client had the right to clear her passage across the intersection.  The court agreed, finding Mr. Beasley’s client was not negligent and entering judgment in Mr. Beasley’s client’s favor.

Congratulation to Mr. Beasley on this outcome! 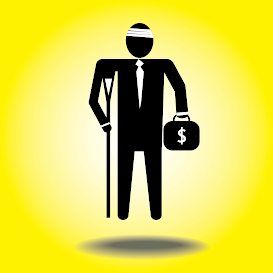 COMAR 14.09.03.08B(6) was recently amended to allow the Maryland Workers’ Compensation Commission (“WCC”) to order claimants to pay reasonable expenses and costs actually incurred with missed independent medical examinations (“IME”). .  The prior regulation only permitted the Commission to award employer/insurers reimbursements up to $125.00 per missed IME.  This is now a huge victory for employer/insurers, as the cost of missed IMEs were often far greater than $125.00.

Initially, we hoped that with the ability to award larger sums for reimbursement of IME no-show fees, employers/insurers would suffer fewer financial losses, and claimants would be deterred from missing IME appointments.

Unfortunately, since the passing of this revised regulation, the WCC has still often declined to award full reimbursement of IME no-show fees.  Rather, the Commission relied on a trusted doctor to survey various medical practitioners throughout Maryland and to calculate an average no-show fee.  According to this doctor, the average no-show fee in Maryland was approximately $350.00.  Since this determination, the trend from the Commission is to award no more than $350.00 per missed appointment.  Unfortunately, this amount is significantly less than many of the invoices received for IME no-show fees.

2.  The invoice from the independent medical examination provider with the no-show fee.

3.  The check issued by the employer/insurer for the costs of the no-show fee.

It is vital that the letter sent to claimant and their attorney is sent to the correct addresses.  For extra security, the letter should also be emailed to claimant’s attorney with a request for a read receipt.  If claimant can prove that they did not receive notice of the IME, the employer/insurer is unlikely to receive reimbursement.  Similarly, it is important that IMEs are scheduled well in advance, and that notice of the IME is provided to claimant as soon as possible, in order to allow time for the claimant to make any necessary arrangements to attend the appointment.

If you have any questions on how to pursue issues for reimbursement of IME no-show fees, do not hesitate to contact RSRM’s Workers’ Compensation Department, consisting of Partner Paul Donoghue, Partner Alicyn Campbell, and Associate Ashley Bond.

Maryland Court Echoes Jurisdictions Across the Country, Over the Interpretation of Business Interruption Coverage, as it relates to Covid-19. 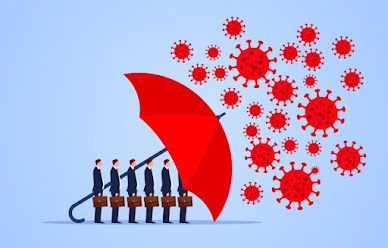 In a recently reported opinion issued by the Court of Special Appeals of Maryland, a three-judge panel concluded that a commercial property insurance policy designed to cover “direct physical loss or damage to” property does not apply to the lost revenue of a restaurant, which was forced to shut its doors during the pandemic.

The underlying dispute, in this case, arose from an insurance claim made by GPL Enterprise, LLC (hereinafter "GPL"), which operates a restaurant called The Anchor Bar. Two weeks after Governor Larry Hogan issued an emergency order closing all Maryland restaurants and bars, GPL filed a claim with their insurance company. GPL's claim sought coverage for direct physical harm, loss, or damage to their premises, which they claim resulted from Covid -19 and Governor Hogan’s emergency order. The insurance carrier denied GPL’s claim, presumably citing an absence of “direct physical loss of or damage to” the property itself, as a pre-condition for coverage.

As a result, GPL filed a two-count complaint in the Circuit Court for Frederick County alleging breach of contract and requesting the Court declare the parties’ rights under the policy. The insurance providers prevailed on a motion to dismiss at a hearing on April 27th. GPL appealed that decision.

No Maryland appellate court had decided this issue. However, numerous other courts around the country had ruled on similar issues, which the Court of Special Appeals deemed virtually identical to GPL’s claim. The Court of Special Appeals cited numerous cases that determined that language, which is practically identical to that of GPL’s insurance policy, was unambiguous. The Court pointed to the inclusion of the term “physical” as a clear indicator that some form of a material alteration to the property must be present for the insurance claim to be viable.

The Court noted that, unlike a fire or meteor strike, the Governor’s order had no tangible or physical impact on GPL’s restaurant or the property inside it. As a result, the pre-condition that GPL show a  “direct physical loss of or damage to” the business, which was needed in order to obtain business-interruption coverage, had not been satisfied. This opinion shows how courts in Maryland have fallen in line with other jurisdictions across the country as insurance providers and businesses attempt to establish new boundaries in the wake of COVID-19.