Last summer, the Maryland Court of Appeals issued an opinion in Rochkind v. Stevenson, 454 Md. 277, 164 A.3d 254 (2017), holding that the trial court abused its discretion when it admitted expert testimony linking a plaintiff’s ADHD diagnosis with lead poisoning when the expert relied on studies that did not adequately demonstrate a causal link between lead exposure and a general and specific ADHD diagnosis.[1]  Judge Adkins wrote for the Rochkind Court, concluding that the expert’s testimony suffered an “analytical gap” between the data relied upon by the expert and expert’s proffered testimony, and, therefore, should not have been admitted.  The Maryland Court of Appeals recently issued an opinion in Stanley Sugarman v. Chauncey Liles, Jr. in which the Court reexamined its analysis in Rochkind.

The underlying facts and procedure in Rochkind and Sugarman are strikingly similar.  Both were lead-paint tort suits filed by minors alleging that lead exposure caused cognitive defects in the form of attention decrements.  In both trials, the respective plaintiffs introduced expert testimony from pediatricians who reviewed, relied upon, and based their respective opinions on findings contained in the Environmental Protection Agency’s publication entitled “Integrated Science Assessment for Lead” (“EPA-ISA”), which, on appeal, was the subject of intense scrutiny.

The EPA-ISA is an integrated science assessment that collected, reviewed, synthesized, and broadly evaluated high quality epidemiological studies and their various health outcomes.  The EPA-ISA analysis reveals a causal relationship between lead exposure and attention decrements, impulsivity, and hyperactivity in children.  The EPA-ISA does not specifically identify types of attention decrements found, nor does it specifically discuss processing speed or auditory encoding.  The EPA-ISA also does not make a general or specific causal connection between lead exposure and certain neuropsychological disorders such as ADHD.

Following verdicts in favor of the plaintiffs in the Rochkind and Sugarman trials, the respective defendants appealed.  On appeal, the Rochkind and Sugarman defendants argued that the trial court erred in admitting the plaintiffs’ respective pediatric experts’ causation opinions for lack of an adequate factual basis pursuant to Maryland Rule 5-702.  Unlike the outcome in Rochkind, however, the Sugarman opinion affirmed the trial court’s decision to permit the causation testimony of the plaintiff’s pediatric expert.  This decision hinged on critical distinctions in the analyses and opinions offered by the experts in each case.

A review of Rochkind and Sugarman serves as an important reminder for practitioners when vetting experts to thoroughly examine the literature upon which experts base their opinions to ensure there are no perceived “analytical gaps” that threaten to invalidate the admissibility of the experts' critical opinions.

RSRM Congratulates its Attorneys on their Recent Appointments! 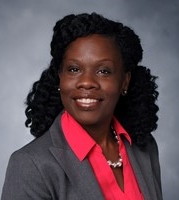 Partner Tara A. Taylor was recently appointed as the Co-Chair of the Maryland State Bar Association's Judicial Appointments Committee, which is responsible for reviewing and recommending candidates for the Maryland Judiciary.

She was also appointed to the Board of Trustees for the Baltimore City Bar Foundation for a second year. 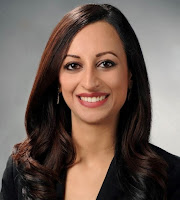 Associate Rima A. Kikani was appointed as Co-Chair of the Education Committee of the Maryland State Bar Association's Young Lawyers Section Council for the 2018-2019 bar year.

She was also appointed to the Maryland State Bar Association's Leadership Academy Committee, which oversees an annual program designed to train future leaders in the legal profession. 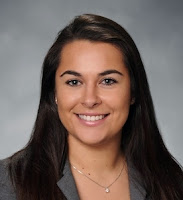 The Young Lawyers' Committee is responsible for attorney outreach as well as promoting the Defense Research Institute's activities and events. The Workers' Compensation Subcommittee works with attorneys, employers, insurers, the Workers' Compensation Commission, and the Maryland legislature to advance issues of importance within the field.
Posted by Rollins, Smalkin, Richards & Mackie, L.L.C. at 10:20 AM