Congratulations to Benjamin Beasley on his promotion to Partner at RSRM! 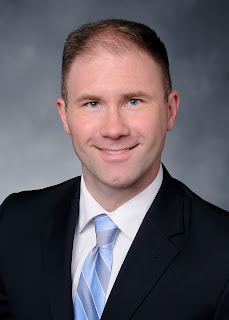 Benjamin Beasley joined RSRM as a law clerk in 2013. He graduated from the University of Baltimore School of Law in 2014, where he served as Managing Editor of the University of Baltimore Law Forum, interned with the Honorable L. Robert Cooper and the Honorable Marcus Z. Shar, and was a co-captain and competing member on the National Trial Competition Team and the Phi Alpha Delta Mock Trial Team.

After law school, Mr. Beasley clerked for the Honorable Mickey J. Norman and later served as a trial attorney with a litigation firm in Baltimore where he prosecuted personal injury matters. He returned to RSRM in 2016 where he has served as an Associate Attorney.

Mr. Beasley has litigated hundreds of matters throughout Maryland District and Circuit Courts, as well as matters in the United States District Court for the District of Maryland. He has been an asset to the firm in his dedication to his clients and the practice of law. We are proud to have him as a partner at RSRM.