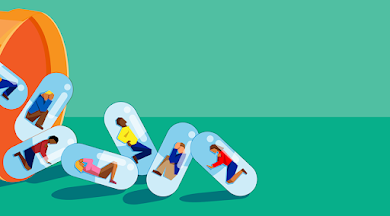 Amongst the recent release of controversial opinions, the Supreme Court issued an opinion that opioid “pill mill” doctors cannot be convicted under the Controlled Substances Act (“CSA”) without a finding of subjective mens rea. The CSA makes it unlawful for any person “knowingly or intentionally…to manufacture, distribute, or dispense…a controlled substance.” Registered doctors, however, a permitted to dispense controlled substances via prescription, so long as the prescription is “issued for a legitimate medical purpose…acting in the usual course of his/her professional practice.”

Petitioners Dr. Xiulu Ruan and Dr. Shakeel Kahn were both individually indicted and convicted of violating 21 U.S.C. § 841, also known as the CSA. Dr. Ruan was accused of improperly issuing more than 300,000 prescriptions for controlled substances over a four-year period, being a top prescriber in the nation for a type of fentanyl, and linking his prescribing practices to his own financial interests. On the other hand, Dr. Kahn was accused of selling controlled substances in exchange for cash without performing any physical or legitimate exam. While both physicians appear to have violated the CSA, the Supreme Court was tasked with reviewing the physician’s state of mind in their unlawful prescribing practices.

The government argued heavily for an objective mens rea standard, stating that the statute’s “knowingly or intentionally” language contains an implicit “objectively reasonable good-faith effort” or “object honest-effort standard.” The Court rejected this argument and held that in order to convict a doctor for violating § 841, the government must prove beyond a reasonable doubt that the defendant knew that they were acting in an unauthorized manner or intended to do so. Had the Court sided with the government, a defendant’s criminal liability would turn on the mental state of a hypothetical “reasonable” doctor, rather than on the mental state of the actual defendant.

With this decision, pill mill doctors are not off the hook, but rather, charged physicians face higher scrutiny from jurors when brought to court. Considering the lengthy sentences that follow a violation of the CSA, the clarification of the appropriate standard is critical to the proper prosecution of such violations and administration of justice. However, the objective hypothetical of a “reasonable” person makes frequent appearances in criminal law. In cases where a defendant is charged with involuntary manslaughter, negligent homicide, or assault, the defendant’s criminal liability rests heavily on an objective standard that the Supreme Court has now taken a step away from. The Supreme Court’s decision may influence how defense attorneys argue their client’s mens rea in crimes where reasonableness is the standard. If these newly founded arguments succeed, the stability of criminal definitions and statutory elements may be in jeopardy. While all nine justices considered the policy reasons behind implementing a subjective mens rea standard, their limited focus to CSA violations may prove disruptive to the entire criminal legal field.