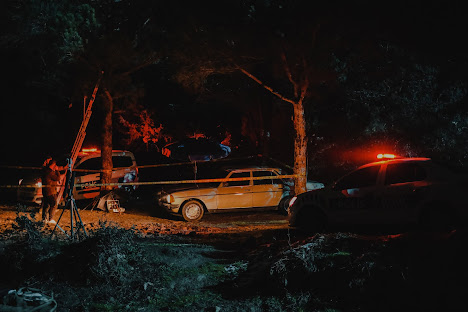 Earlier this year, the Maryland Court of Special Appeals issued a decision clarifying the “firefighter’s rule,” which bars firefighters and police officers injured in the course of their duties from suing individuals whose actions caused them to respond to the scene. Simply put, the very nature of their jobs limits their ability to sue tort-feasors for work-related injuries. The exception to this rule occurs when firefighters and officers suffer either injuries after the initial period of the risk has surpassed or injuries that were not reasonably foreseeable as a part of the anticipated risk they would face.

In February 2017, Deputy Kassondra Topper responded to a motor vehicle collision where the at-fault driver had rear-ended another driver. At the scene of the accident, Deputy Topper requested the at-fault driver move his vehicle because he was blocking other travelling vehicles. As he was attempting to move his vehicle, he seemingly lost control and in order avoid colliding with another vehicle in front of him, he swerved to the side, colliding with Deputy Topper instead. Deputy Topper filed a complaint against the driver’s estate to recover for the injuries and damages that she suffered. The trial court granted summary judgment to the estate finding that because the accident that injured Deputy Topper occurred during an incident she had responded to, the firefighter’s rule barred her from recovery.

Deputy Topper appealed, arguing that her case fell under the exception to the firefighter’s rule pursuant to Schreiber v. Cherry Hill Constr. Co., Inc., 105 Md. App. 462 (1995). In Schreiber, a state trooper had responded to the scene of a motor vehicle collision near a construction site, where another trooper had set up flares to create a safety zone. While the trooper was responding to the accident, a driver uninvolved in the initial collision lost control of her vehicle and struck the trooper in the safety zone. The Schreiber Court held that the firefighter’s rule did not bar the trooper from recovery because it was unforeseeable that the trooper would be struck by a car while responding to an accident. Likewise, Deputy Topper argued that her being struck while responding to an accident was also unforeseeable and similar to the situation in Schreiber.

The Court of Special Appeals, affirming the trial court’s  judgment, distinguished this case from Schreiber, finding that Deputy Topper’s arrival at the accident scene, facilitating exchange of insurance information, and ensuring the safety of the scene by directing traffic to accommodate other drivers, is what caused her injury--and therefore, because her injury arose from the initial collision to which she responded, her injuries were a foreseeable risk. To the contrary, this Court noted that in Schreiber, the trooper’s injuries did not result from the accident that she had been investigating, but an uninvolved driver losing control of her vehicle as a result of the safety flares and construction zone. Therefore, the cases were distinguishable.

The Court’s decision is notable because it creates a standard that an officer responding to a car accident and accidentally injured by the involved parties is a foreseeable risk of her duties, whereas an officer who is struck by an uninvolved party to an accident is seemingly unforeseeable, especially if she can point to other contributing circumstances that caused the second accident.