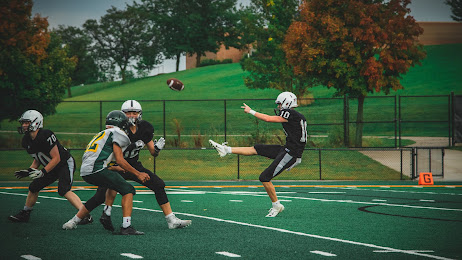 The Maryland Court of Special Appeals analyzes Assumption of the Risk, Battery, and Summary Judgment Regarding Injuries Sustained by a Fan at a Ravens Game.

In November 2015, Paulina Callinan was attending a football game between the Baltimore Ravens and the San Diego Chargers at M & T Bank Stadium. She had entered the game with a ticket that contained the following language on the back “Ticket holder assumes all risks incident to the game or related events, including the risk of lost, stolen or damaged property or personal injury of any kind.” She was seated 6 rows behind the sideline and was recording the players on her cellphone as they ran out from the tunnel. Around this time, Ravens punter, Sam Koch was practicing punts on the sideline. Koch then kicked an errant punt which struck Callinan in the face.

Callinan filed suit in the Baltimore City Circuit Court alleging negligence against the Ravens, Koch, and the NFL. The Ravens and Koch then moved for Summary Judgment on two grounds claiming that as a spectator, Callinan assumed the risk of being struck by an errantly kicked football during a game, and that the exculpatory clause in which was printed on the back of her tickets barred her claims as a matter of law. Callinan then filed an amended complaint alleging battery against Koch. The Defendants moved to dismiss the battery count on the grounds that it was a claim in which relief could not be granted. The Circuit Court held a motions hearing in which all parties participated in oral argument for both motions. The Court then granted the motion to dismiss and the motion for summary judgment. The Court stated that there were no disputes as to any material facts, Callinan assumed the risk as a matter of law, the exculpatory clause was valid and did not fall into any of the exceptions to enforceability under Maryland law, and the complaint failed to plead facts showing that Koch intended to harm Callinan.

Callinan then appealed stating that the circuit court erred three ways: 1. in dismissing the battery claim against Sam Koch; 2. in ruling that Callinan assumed the risk; and 3. that the Circuit Court erred in not allowing additional discovery.

The Court of Special Appeals first addressed the dismissal of the battery claim. The Court stated that battery occurs when one intends a harmful or offensive contact with another person. In this matter, Callinan failed to allege facts sufficient to show that Koch intended to case harmful or offensive contact. The Court also found that Callinan’s alleged facts did not show that Koch had a general intent to unlawfully invade another’s physical wellbeing though offensive or harmful contact. The Court therefore did not err in dismissing the battery claim.

The second question before the Court examined whether Callinan had undertaken an “assumption of risk.” The Court analyzed the three elements of assumption of the risk: 1. knowledge of the risk; 2. appreciation of the risk; and 3. voluntary exposure to the risk. The Court ultimately found that Callinan had full knowledge of the likelihood of a football flying into the stands, which she would appreciate as a football fan, and that she voluntarily attended the game.

The final question before the Court was if Callinan was entitled to additional discovery before the Court’s ruling on the motion to dismiss and motion for summary judgment. The Court ruled that she was not entitled to any additional discovery in the matter, upholding the decision of the trial court. The Court of Special Appeals found that there was no dispute as to any material fact, that Callinan assumed the risk as a matter of law, and the Court did not err in denying Callinan’s request to stay that decision pending further discovery.